The amount of people using drones for business or fun has grown fast. You’re probably aware of drones or UASs. A UAS is an unmanned aircraft system. From Lady Gaga’s Super Bowl halftime show to Coca-Cola delivering boxes with cans and other goods to Singapore, it’s hard to deny the recent boost in the popularity of drones. New drone technology is driving down costs and making them more user friendly. Drones now a days can be used by almost anyone.

Drone technology is at the point where drones are more like a tool rather than a toy when in the right hands. We’re seeing drones almost everywhere, and we’re only at the beginning of this phenomenon. They come in a wide range of shapes and have unlimited commercial potential, only limited by the imagination of the user.

Marketers have been able to figure out different ways to use drones in their marketing strategies. Some of these ways show huge potential for the future of marketing. Below are five ways marketers can take full advantage of drone technology.

Video consumption keeps growing, making videos really effective in engaging with the audience. Marketers are producing more commercials, but the more commercials they produce, the harder it is for a video to stand out.

Marketers in the past needed cranes or helicopters and the associated costs of each to record from aerial viewpoints, but now they only need a drone. Whether you’re a real estate agent taking pictures of a large property or a marketer taking videos of a marathon, drones are the best possible way for you to obtain astonishing aerial shots.

The first thing people associate drones with is photography or video recording, but they can do so much more. In fact, they can be the new stars of your marketing campaign.

Drones have been around for a couple of years now, but they still feel new and intriguing. Some marketers are already capitalizing on it, using them as the main surprise factor in video commercials. Coca Cola used drones in 2014 in its Happiness from the Skies campaign. They filmed the drones delivering boxes with cans and love messages to Singapore migrant workers.

People love watching them fly. Use that to your advantage before they lose their novelty factor.

Although there are numerous straightforward ways you can use drones, their technology also lets you get creative with its unlimited potential. The new perspectives you can take advantage of, coupled with quick time-to-market means that fast and cheap experimentation is possible.

There are many examples of out of the box marketing campaigns that have taken full advantage of drones. The advertising agency Hungry Boys launched an advertising campaign with drones for the russian noodle shop chain Wokker. They used them to carry fliers to the windows of Moscow office buildings, promoting the shop’s lunch specials at a crucial hour for Wokker, just before lunch-time. Hungry boys later stated that Wooker restaurants in the area had seen an increase of 40% in orders.

Now the limit here is your imagination (and budget). Get crazy and start experimenting with what works best for your advertising campaign, almost nothing is off the table. But be smart about it, hire professionals or train your staff with an expert to learn to maneuver the droids and to reduce the risks of making costly mistakes. 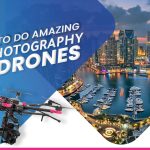 9 Best Tips To Do Amazing Aerial Photography With Drones

Drones can take some fantastic images if you’re trying to get into aerial photography. But there’s a lot more to it than simply getting the drone up in the air, taking a few snaps, and bringing it back down again. A drone’s camera has limitations—and so do human pilots!  To ensure your next batch of… 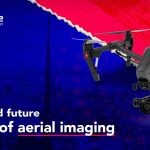 In the last decade, we have seen a growth spike in the global aerial imaging industry. Never has it been this easy to get an aerial view image or even video. It has given content creators a new way to showcase the world. Software and applications such as Google Earth and maps use this imaging… 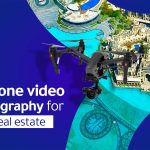