We live in an era of digital excellence with technology application at its peak. The traditional ways of marketing are no more attractive. It’s an era of digital web content where businesses use digital tools to reach customers. With online marketing getting the attention of millions of people over the globe, today’s marketing strategies call for new tools like promotional videos and animated ads. With this comes the urge to look for a 3d animation production company. Making animation ads and videos for your business needs is the smartest decision for your marketing campaign.

While choosing the right company to deliver the best results, you need to know the realities underlying the 2D and 3D animation. When you know the difference, you will be able to choose the best solution for your competitive business needs. Once this difference is clear, you can shortlist the companies for 2d animation production in Kuwait. 3d animation is also the trend of the newest content production. Have a look at the differences between the two types of animations so that you can choose the one which matches your business agenda.

The animation is not an object. It’s a whole process. It is the process which includes planning, designing, redrawing, and arranging the photographic in the form of integrated videos. The animation uses a rapid screening method for images so that the viewer can see a whole scene. Static images are put in use to present an illusion of movement.

Animation has taken over all industries, and it has risen as a powerful marketing tool. The progress in the field is rapid; hence whenever you search for content creation agents, you can see hundreds of results under the search of 3d animation Production Company. If you are new to the field, start with the basics so that judging and deciding are easier.

If you are a lover of classic arcade games of Sonic, Mario Bros, and Donkey Kong and Sonic, then understanding 2d animation is much easier. Even if this is not the case, let us explain to you the very basics.

2D animation is the traditional animation where motion creation is done within the two-dimensional space. While looking at the accuracy of 2d animation, several factors are worth considering, like the background, foregrounds, and characters to create a variable illusion of depth.

This Traditional form of animation came with the invention of the first motion camera. It happened when by accident, a camera was unintentionally stopped. After a few seconds, when the recording was resumed, it appeared as if objects were ‘jumping’ over the screen.

3D animation deals in objects and animating characters within the three-dimensional space. Objects and Characters under the 3d animation process have depth, volume, and rotation, along with the vast movement. The depth in animation is the differentiating factor between the two forms of animation. 3D animation has its application in games, movies, and virtual reality marketing.

The basic difference is in the methods of production. 2D animation includes a step by step process of animation production.

Storyboarding: this is the first step in which the designers pre-visualizes the work before the final creation. As animation has become a widely used tool in the marketing domain, storyboarding has become critical.

Audio production:
After approval of storyboarding, the next phase is to make the video’s audio content. It is the process that gives life in the characters.

Visual development:
This is the step that adds quirks, color, and personality to the characters. The final look of the characters is eventually revealed at this step. After technological development, this step is now performed by specialized software.

Production:
It involves using 2D animation software for inserting images, characters, and backgrounds and within the frames.

Post-production:
It is the step to add audio, special effects, and additional visuals to make the final video.

Keyframe animation:
It refers to the production of 3d animation after editing of position, space, shape, and timing of characters in successive frames. 3D animation is different from 2d animation as it makes key-frame by linking the in-between frames.

Motion capture:
This is the other method for 3d animation production in which a character is positioned in a special motion capture enclosure carrying the sensors for recording the movement of the limbs of characters. The data collected is then put in the software to create the final 3d animation.

Keeping in view this difference in the method of production can help you choose the right 3d animation production company.

while choosing the right type of animation for your business, analyze your marketing agenda, and then look for the price difference. 2D animation is done at a lower price as compared to 3D animation. It is mainly because it involves multiple steps demanding advanced animation expertise.

Just as the nature of both animations varies, you can target different audiences with each animation. If you want to make a video for large audiences in explanatory form, then 2D animation can prove beneficial as cartoons are considered enjoyable and friendly.

If the video is intended for professionals of a particular sector, it is wiser to make a 3D video.

The difference between the two types is the critical factor in choosing the right kind of animation. Whether you are looking for 2D – 3D animation production Kuwait or you are intended towards some sort of 3d animation, knowing and analyzing the real difference between two types of animation will show the best results. A successful animation is the one that can create creative and imaginative content for the target audience. Competitive advantage and market success will follow the appropriate selection. 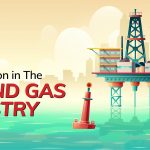 The Role of 3D Animation in The Oil and Gas Industry

We live in an era of limitless possibilities. The digital era has helped us redefine our limits, especially our communication practices. Abstract concepts and processes can be immediately brought to life with the help of vivid 3D animation videos. From drilling, completion, to production tools 3D animated videos can effectively demonstrate various processes and services… 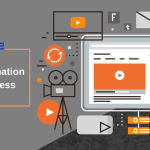 Video Animation: 6 Reasons Why You Shouldn’t Miss This Trend in 2021

It’s a proven fact that video marketing is one of the most powerful marketing tools in the hands of businesses. But, with every video vying for the viewer’s attention, it’s getting hard for everyone to cut through the noise. So, how does one ensure that your video is viewed? The solution – animation. Why? With… 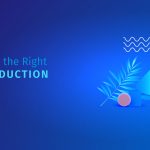 As the business world has expanded over the internet, the use of digital content has grown exponentially. Among commercially used content, animation comes amongst the most widely used strategy amongst business players. In business centers like UAE, where the competition has expanded beyond the national boundaries, animation production is extensively used for marketing and strategic…