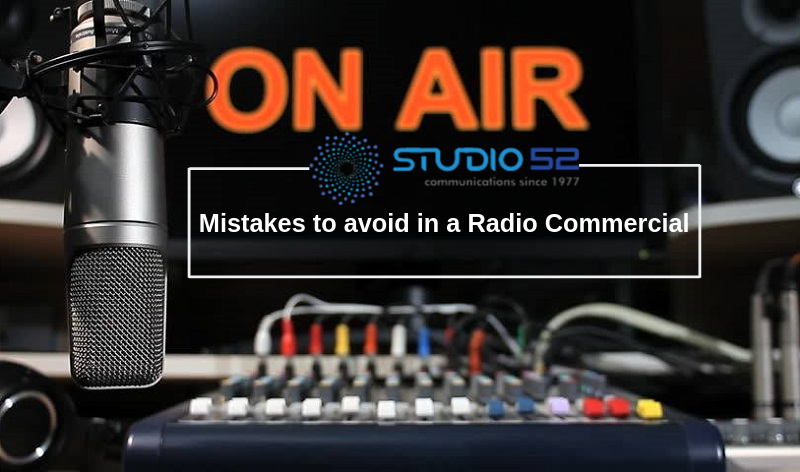 We’ve talked about the strength the radio still has to this day before, about 92% of people still listen to it weekly. Not surprisingly, stores that use radio ads report increases in traffic.The fact is that the radio is just as effective, if not more effective, as any other advertising medium.

Doing a radio commercial for your business is anything but straightforward, there’s a lot of things to keep an eye on. A good radio commercial captures the attention of listeners, targets a desired demographic, communicates the intended message effectively, and delivers a call to action. On top of that, it needs to spark brand conversations between consumers and create a buzz about what you are promoting, so it can reach both old and potential new consumers alike.

Because there is so much you need to do to make your radio commercial effective, there is a great number of mistakes you could make. So let’s talk about mistakes that can ruin your investment.

A sixty-second radio commercial is expected to contain 150 words on average. A phone number usually uses 7 words of the 150 you have time to say in a commercial each time it is mentioned. Research published in the New York Times and the London Daily Telegraph reveals that 9-out-of-10 people forget a phone numbers within 5 seconds of hearing it, thanks to how easy it is to save those numbers and calling them without the need to type them.

There’s a better way to use those 7+ words than to say your business phone number. Invest them in emphasizing the benefits of your product or service. Though there is one exception to this, if your number spells something that’s easy to remember, then you can say that word on your commercial for people to remember.

However, considering how easy it is for your audience to find your number on the internet, we believe that it’s still a waste of your commercial’s time.

Test your commercial before it airs

Before you run your ad, you need to test it as much as possible with people who aren’t loyal customers. Your ad is not for them, it’s for those who are on the fence about you or haven’t heard about you.

The test will result with important information for your commercial such as, which phrases leave a lasting impact on them? Are they understanding the point you are trying to get across, or are they getting confused? There is so much you can learn from testing it. You need to be able to think like your target audience to attract them to what you want to sell.

Getting comedy right on a radio ad is very difficult. With such a short time for your commercial, it’s really hard to make a good balance between a joke and the information you want to spread. Don’t waste your money on some jokes that will hurt your business, just tell the listener what your business will do for them in the clearest, most interesting way possible. Unless you’re a comedy professional who’s promoting your work, then the jokes are what you want to say.

Studio 52 has worked with many local and international brands belonging to diverse industries from across the UAE and worldwide in production of radio campaigns. We are seasoned professionals on the radio advertising business. If you’re thinking of making a radio commercial for your business, don’t hesitate to call us!


Deprecated: WP_Query was called with an argument that is deprecated since version 3.1.0! caller_get_posts is deprecated. Use ignore_sticky_posts instead. in /home/xyjwkxmy/public_html/studio52/blog/wp-includes/functions.php on line 5061 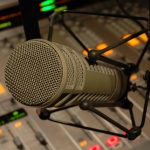 Amidst the rise of podcasts and audio streaming services, you might wonder if the radio is still capable of garnering any listeners. But, the truth is radio is a thriving industry in the UAE. According to a recent study published by Nielsen, it’s evident that people are still listening to the radio, in fact, it… 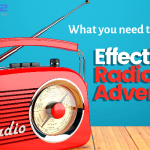 What you need to know about Radio Advertising

One of the many facts that continue to make the radio relevant to this day is its easy-to-use feature. You don’t need to be a tech wizard to know how to use it, the radio presents the average individual an opportunity to stay updated on everything. Easy availability and free listening also add to the… 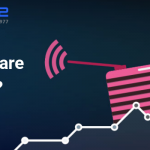 Why would you use radio advertising?

Reasons why radio ads are still relevant You might think that online media channels are displacing conventional ones. However, investing in radio is a good for your brand as ever.  Radio never dies  Radio is a media that never dies. Even though it may seem that people do not consume it too much it is…

Studio 52 is a multifaceted media production and technology company with specialization in multiple domains all under one roof, operating fully functional operations in UAE, Saudi Arabia, Oman, Kuwait and soon in Australia.